Proudly Serving All Of Metro Vancouver

We are thrilled to now offer used cooking oil recycling for households, residents, and the general public at five public drop off  locations in Metro Vancouver. We can’t wait to set up even more in 2016!

After receiving requests from the recycling industry and our communities over the years, in 2015 we took used cooking oil recycling one step beyond commercial recycling for the Lower Mainland. We worked with many municipal partners to establish residential Used Cooking Oil (UCO) recycling programs for households and the general public and were thrilled at the positive reception we received from everyone. It’s so nice to find like-minded municipalities and residents who share our vision of a clean, green environment and strong local economy!

Helping businesses earn money from their waste used cooking oil (UCO) has been our company’s operational focus since 2007; infact, we are industry pioneers. Originally called Earthworks, the previous management passed the torch to the current EcoZero team in 2012, but the company itself has been in operation since 2007 dedicating all of the UCO they collected to locally-produced, cleaning-burning biofuels. Since we took over in 2012, we have worked hard to not only develop the used cooking oil recycling industry, but raise awareness about clean burning biofuels like biogas and biodiesel as well. This mission reached new heights in 2015 with our Public Drop Off program and community event participation. And boy did we love getting out into our communities and talking to you.

This major accomplishment tickles us for a few reasons:

a) The look of amazement when people find out they can recycle their used cooking oil AND support the creation of locally-made, clean-burning fuel bring us so much joy;

b) It is so cool to see a sense of empowerment come over people when they understand they can help the environment by recycling their used cooking oil;

c) Apparently recycling used cooking oil is a hot topic for municipal enquiry lines so we were welcomed with open arms in a few areas who were fielding phone calls from their constituents (you can bet they were happy to hear from us when we reached out to them);

d) We love getting out and talking to people – it gets us excited to see other people get so excited about recycling used cooking that they want to learn more!

You see, EcoZero has had a social conscious since Day 1. Founded in 2007 upon the idea that businesses could be financially rewarded for recycling their commercial amounts of cooking oil waste, EcoZero (then called Earthworks) began paying restaurants, cafes, hotels, shopping malls, food producers for their used cooking oil. This reimbursement model was designed to resemble the recycling depot model where people were given money in exchange for their bottles and cans. Before 2007 in BC, many used cooking oil collection companies were picking up this valuable resource without reimbursing and sometimes even charging businesses to pick up their valuable used cooking oil. That just didn’t feel right. The company believed people should be rewarded for caring about our planet by recycling AND using the recycled materials to produce clean fuel. We still strongly believe this is imperative for a bright, happy, and green environment and local economy for the next generations.

2015 was a big year for us to move beyond servicing food businesses to engaging, supporting, and educating our local communities. We are thrilled with our progress and can’t wait to interact with you and our communities even more in 2016.

Recycling depot near you that recycles used cooking oil

Have an event in Metro Vancouver you would like us to participate in? We’d love to hear from you

5 Ways Your Restaurant Can Go Green – and Earn Green 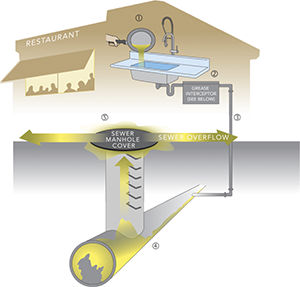